Lesley has an established artistic practice that includes a sustained preoccupation with pattern construction, repetition and geometrical form. Her current research is about the depth of surface and has looked specifically at the interplay between the outward-facing and the inward supporting components of image making. Moving beyond established dichotomies  of seen – unseen or outer – inner Lesley (re)presents surface as a heterotopic site where time, entry, scopic regimes, outward-reaching shine, and inward-drawing shadow connect in a mutable and unstable zone of encounter.

Although drawing has been central to her practice for over a decade she also uses video , ‘performative’  drawing and site specific interventions to probe and question more deeply. Recently she has looked to other cultural traditions and techniques to aid her understanding of different pattern generating systems. Ranging from Southern Indian kolams, Islamic geometry, Celtic design, manuscript illumination and at times revisiting the 1970s children’s toy, the Spirograph, Halliwell finds underlying similarities and cross-overs.

Her work often returns to the simple and universal constructions based on the circle and the square but with fine line and delicate nuance of surface – these are works that reward close viewing. Patterning, which unifies the surface, is confounded by the reflectivity of the gilded surface and the viewer is drawn into the work as different viewpoints alter what can be seen. 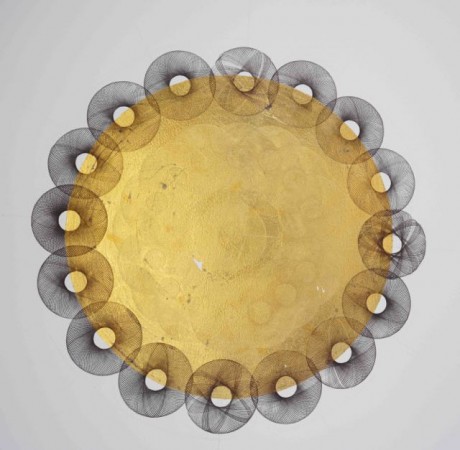 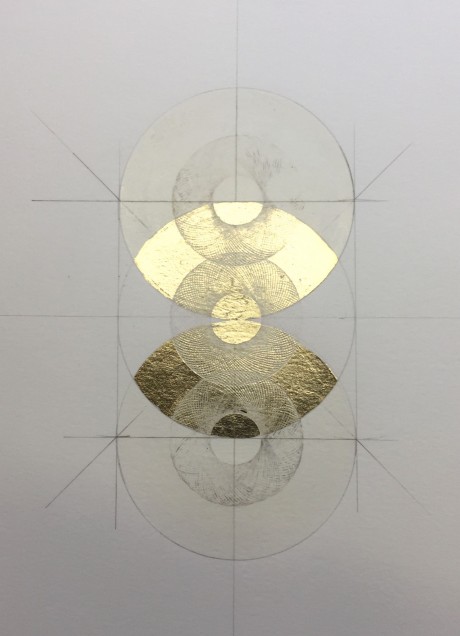 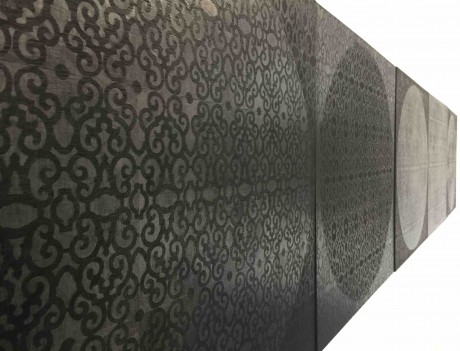 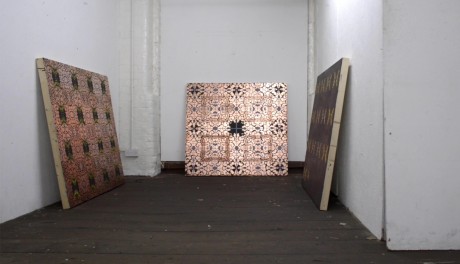